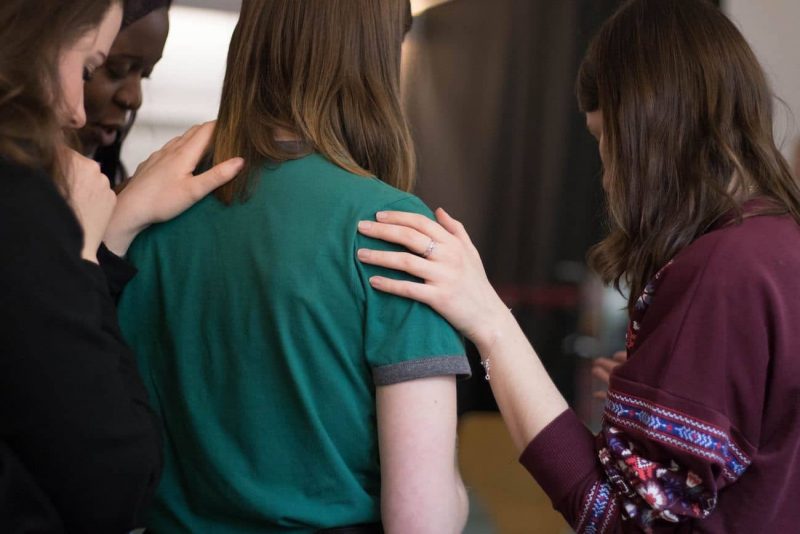 PTSD is a mind-body disorder we can now treat by utilizing the tremendous healing powers of our own bodies and minds. Our integrative trauma recovery protocol is a suite of evidence-based, drug-free tools you can use to bring such healing into your own life. Our approach has helped combat veterans, rape victims, survivors of motor vehicle accidents and life-threatening illnesses, and civilian populations displaced by war and ecological disaster. Men and women, teenagers and octogenarians, successful professionals and homeless people have healed themselves by using these simple-to-learn yet powerful recovery tools.

Our cutting-edge CBT methods address the mental and behavioral components of PTSD. The principal targets of these tools are the beliefs, thoughts patterns, emotions and behaviors that keep us stuck in the anguish we call PTSD. Our research and that of colleagues has demonstrated that Kundalini yoga resets the physical symptoms of the disorder, reducing the stress response, insomnia and hypervigilance. Let’s look at each of these healing modalities in turn.

Belief: The Heart Of The Matter

After a traumatic event – or series of events – our beliefs about the world might change. Many who suffer from PTSD come to believe there is something wrong with them, that they are different or less worthy than others. Or they may come to view the world itself as an inherently hostile and dangerous place. Such self-defeating beliefs set the stage for the negative thoughts, painful emotions and self-sabotaging behaviors that define the disorder.

Carol’s family of origin was one of the most hostile I’ve ever known. Carol was born kicking black tar heroin [her mom was an addict] and things went downhill from there. Her parents and older siblings seemed to think death was too good for Carol. They kept her alive to inflict every kind of suffering upon her that they could devise. They reminded her on a daily basis “You’re a worthless piece of shit.” As would any child Carol took these words to heart, noticing that every particular of her world seemed to prove them true.

Carol fled home when she was 13 and for the next 30 years lived on the streets. She became an addict herself, living life from fix to fix and doing what she had to do to keep the heroin flowing into her veins. Her adult life, while excruciatingly difficult, made a deep kind of sense to her. Sleeping outside, eating from dumpsters, being regularly beat up and raped was exactly the life that someone as worthless as herself could reasonably expect.

I met Carol when she came to a trauma group I was running at a homeless shelter. Unable to read, she had a friend help her fill out the mood rating scales before and after each weekly session. Before group and after her depression and suicidality scores were consistently as high as any I’d ever seen. Yet she kept coming each week, waiting in the rain and riding two buses 90 minutes each way, participating in group therapy, and speaking with heartbreaking eloquence to the punishing reality that was her whole life.

After group one evening I was stunned to see that Carol’s “after group” mood ratings showed no sign of distress. She hadn’t been active in group that night and I wondered if her friend had inadvertently reversed the low and high ends of the depression and suicidality scales.

When Carol arrived the next week I did not recognize her. She was nicely dressed, had her hair done, and wore a joyful smile I’d never seen on her face. She saw my expression and crowed “Bet you were surprised by my scores last week!”

“Shocked,” I told her. “I wondered it there’d been a mistake or something.”

“Nope,” Carol assured me. Then she explained. “Remember when Mary was talking about how when she was growing up everybody said she was really stupid?”

“I do remember. She then started telling herself the same thing.”

“Right! Then in group she realized that was their words, not hers. Right there I realized that was true for me too. What my family was telling me – that was about them, not me. Then I wasn’t upset no more. And I haven’t been upset all week. I got on a wait list for a place to live and these new clothes from the donation room and a nice lady from the shelter did my hair. Do you like it?

From Vicious To Virtuous Cycle

Carol’s belief about her worthlessness was instilled from birth on. She grew up believing her worthlessness was as self-evident as her age, gender or ethnicity. This belief became part and parcel of a vicious cycle that went like this: when mistreated by others her belief produced negative thoughts like”I deserve mistreatment.” These thoughts produced feelings of shame, hopelessness and fear.  These feelings led to behaviors – isolation, self-harm and drug use – that “proved” the validity of her belief. Clearly she wouldn’t be acting in these ways if she had true human value.

Working with our CBT tools opened Carol’s eyes to see this “truth” for what it really was: other people’s opinion. This realization immediately produced a tentative new belief: she just might be as worthy as any other human being.  This new belief led to new thoughts – “Maybe I can have a home of my own” – which produced feelings of hope and motivation.  These feelings drove new behaviors that produced data – placement on a wait list for housing, a new-to-her wardrobe, a lovely coif – in support of her new belief.  Carol’s new belief became the starting point of a virtuous cycle that, the last we heard, continued to astonish everyone who knew her.  Not least herself.

In this way the universe is a curious place.  It stands by ready to provide data in support of anything at all we might choose to believe.  Supremely indifferent about that choice, it will work with us to confirm that we “have it right” about ourselves, other people and the world – a first order of business upon which everything else follows. For if we don’t “have it right” with respect to these first principals we are deemed psychotic, detached from  reality and unable to find our way forward through the world.

Yoga represents one of the planet’s oldest human technologies: by some accounts it predates the wheel. The healing properties of yoga, known in the East for millennia, are now being discovered, measured and investigated by Western medical science. Exciting new research has identified several ways in which yoga restores the traumatized human body and brain to a state of wellness, vitality and peace. Here’s a brief sample:

We’re thrilled to be working with our patients and colleagues at the intersection of East and West, body and mind, ancient wisdom and leading-edge cognitive science.  You may experience our protocol yourself by reading our book, attending our intensive retreat or working with us individually either in person or over the worldwide web. In doing so you will follow in the footsteps of countless others who, by working with these integrative tools, have reclaimed lives of peace, joy, physical ease and relational satisfaction.

Join and Receive a Free Copy of Chapter 1. of “My Tropic of Cancer.”

Mr. Mintie is an adjunct faculty member at Georgetown University's School Of Medicine. He has a private practice in Taos New Mexico, USA and teaches cognitive-behavioral therapy at universities and training centers worldwide.